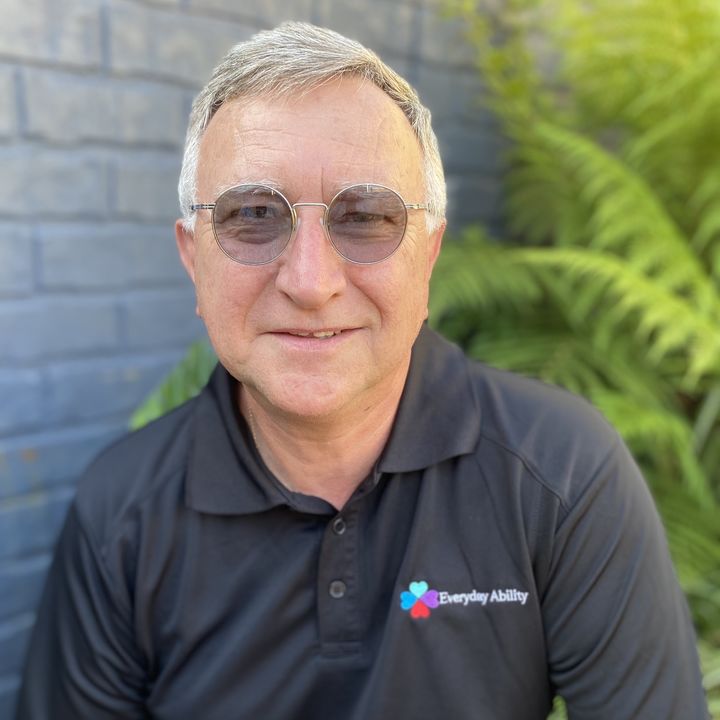 With a steadily building team of twenty to service a growing local client base, it’s hard to believe that Everyday Ability only commenced operation three months prior to Stephen joining Wild Fig in October 2020. Even more surprising is the fact that he and the three other co-founders decided to open the doors of a disability organisation in the middle of a global pandemic, a time when few would dare to even consider starting a new venture. But challenge has never stopped Stephen Eyre and the three other co-founders of Everyday Ability. It was November 2019 when the four of them met for dinner to discuss the possibility of starting their own support service. They made the decision that same evening to prepare for NDIS registration. With decades of relevant experience between them, they saw a clear gap on the Central Coast, particularly on the northern end from Wyong to Lake Macquarie, for inclusive, person-centred, holistic care that treats each participant and their family with dignity, kindness and respect. They decided there was no time like the present to start.

Stephen hadn’t always envisaged the career path he enjoys today. After serving in the Navy for seven years, a personal tragedy saw him relocate to Tasmania where he found work at a youth detention centre. Moving back to the Central Coast, he continued this line of work at the Mount Penang Youth Detention Centre, completing various courses in psychology, community services and youth work part time. He then secured a position as a juvenile justice officer in Blacktown, which provided the opportunity to support troubled youth through intervention programs designed to keep them on the right side of the fence. It was during this time that Stephen realised his desire and calling to help vulnerable people in the community.

Moving into community services, Stephen spent the next twenty years with the Department of Community Services in Wyong. During this time, he established the early intervention team and was instrumental in launching a pilot program for domestic violence management and in-home care. In 2019, Stephen was awarded the position of General Manager for a Gosford-based disability services provider before deciding, with his wife, Chris and co-founding partners, Blair and Mark Tillbrook to fulfil their vision of establishing Everyday Ability. With nine referrals in their first week in business, the four directors hit the ground running and haven’t look back since. Today Stephen, Chris, Blair, Mark and their team are dedicated to providing the best possible care to people of all walks of life and the families who care for them, from assistance in the community and in-home care to a range of accommodation services. They also have plans to run programs, such as photography and art classes, creating a hub for people with a disability and the LGBTQI community on the Central Coast, whether or not they are clients of Everyday Ability. Stephen says he is a strong believer in collaboration with other providers rather than operating as silos.

As the father and carer of an adult son with a moderate to severe disability, Stephen personally understands the challenges experienced by the families of participants, and also the joy. He says, “People with a disability have a right to be in our society and they have a right to have choice and control over what they want in their life.” Giving his son, Mitch and others like him more choice and opportunities in life has been a key driver for Stephen since the day Mitch was born. He says the introduction of the NDIS in 2013 has been game-changing but there is so much more that needs to be done. The rapid uptake of services offered by Everyday Ability is testament to the need within the Central Coast and Lake Macquarie communities for the type of support they provide.

Stephen was invited to attend Wild Fig as a guest of Bridgecoast Finance Group Director, Laurie O’Brien, who also cares for an adult son with a disability at home. He decided to become a member after discovering shared values with other members. “When I came along for the first couple of meetings, I could see that the group was filled with genuinely good people who want to network in business together and support others. It isn’t about handing out business cards and promoting your business. It’s about everybody’s business and supporting the community at large. To me, that’s a beautiful thing.”